Group D will see two-time winners Ivory Coast, Morocco, South Africa and Namibia battle it out for qualification for the knockout phase. You can watch every game from the 2019 AFCON in Egypt via beIN CONNECT.

Ivorian tactician was handed the role of the national team in the summer of 2018 following Les Éléphants failure to reach the FIFA World Cup under Marc Wilmots. The 52-year old coach has managed a host of youth sides in the Ivory Coast set up, and it’s hopeful that Kamara can inspire his country to win a third AFCON title.

Striker Nicolas Pépé will be the man to watch for Les Éléphants in Egypt. The Lille striker enjoyed a fine season with Lille, scoring 22 goals in 37 league appearances firing the French side into the Champions League group stages. A host of top European sides are lining up to sign the 23-year old, who has bundles of pace and an eye for goal. His valuation could only go higher especially if he can get the goals to get the Ivory Coast to the latter stages of the tournament.

French coach Hervé Renard has had a rich past in the AFCON  and to date, is the only manager to have won two separate cups for nations with two different countries. The 50-year old tactician joined Morocco in 2016 and helped the Atlas Lions to their first World Cup in 20 years where they bowed out at the group stage. Renard knows exactly what it takes to lift the biggest prize in African football, don’t be surprised if Morocco reaches the latter stages of the tournament.

After claiming a domestic double with Ajax winger Hakim Ziyech will be the man to watch for Morocco. The 26-year old was a key player in the Dutch sides run to the semi-finals of the Champions League and will be eager to avenge the heartache and fire the Atlas Lions to a first Cup of Nations crown in 43 years.

Former international midfielder Ricardo Mannetti will guide his nation to only Namibia’s third AFCON finals. Mannetti enjoyed an extensive career in South Africa and also represented Namibia in their debut AFCON campaign in 1998. Crucially the 44-year old has experience winning trophies at international level having lifted the Cosafa Cup with Namibia in 2015. This experience will be important if the Brave Warriors are going to make it out of a tough group alongside Morocco, Ivory Coast and local rivals South Africa.

Star striker Isaskar Gurirab could be the man to watch out for the Brave Warriors in Egypt. The top scorer in the Namibian Premier League with 22 goals is a rookie at international level, but already has two goals in two appearances to his name. Gurirab could prove to be the surprise package that the South African nation needs, especially if they are to defy the odds and reach the knockout phase for the first time in their history. 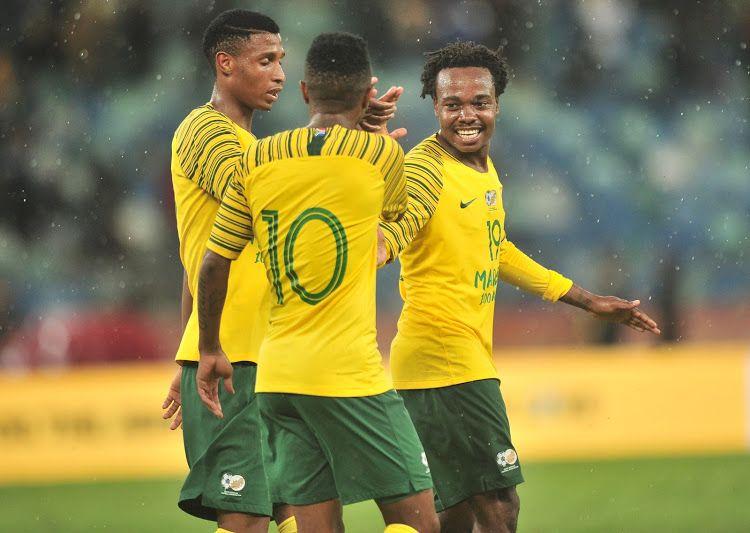 Well-travelled English coach Stuart Baxter was handed the reigns at Bafana Bafana for a second time in May 2017. Baxter made an immediate impact with the side, guiding them to Egypt with an undefeated record in qualification. Surprisingly, for a nation of their side South Africa have only won the AFCON on one occasion all the way back in 1996 on home soil. Baxter will be hoping he can work his magic to guide South Africa out of a tricky looking Group D against the likes of the Ivory Coast, Morocco and Namibia.

International football is often about finding your form at the right time, and South African striker Lars Veldwijk will be hoping that the stars align in Egypt. Veldwijk only has two appearances for South Africa and qualifies for the national side through his father. The Sparta Rotterdam man has 24 goals in 36 games season, helping his side get promoted to the Eredivisie. Now heading into his first major international tournament Veldwijk will be hoping he can fire Bafana Bafana to AFCON glory.