Abdulla Yusuf Helal was hailed as an inspiration for other Bahrain internationals to follow by head coach Miroslav Soukup, who hopes to have the forward fit for his side's second game of the 2019 Asian Cup against Thailand.

Yusuf scored five goals in 10 appearances for Bohemians 1905 in the Czech Liga to earn himself a transfer to league leaders Slavia Prague before linking up with the Bahrain squad in the United Arab Emirates.

Former Czech Republic Under-20 boss Soukup said Yusuf's achievements in European football should stand as an example to his team-mates.

"We [Bahrain] went to the Czech Republic every year and the players were able to get to know our conditions. Even Yusuf knew exactly what he was going to before he joined Bohemians.

"On his example, Bahraini players see that nothing is impossible. It motivates them and helps them feel there is a chance to move."

Yusuf faces a battle to be fit in time to start against Thailand after playing only nine minutes as a substitute against UAE.

Mohamed Al Romaihi's 78th-minute goal put Bahrain ahead against the tournament hosts, but a late Ahmed Khalil penalty ensured the points were shared.

Asked whether Yusuf is his side's biggest star, Soukup replied: "I would not call him that.

"I'm glad to have an out-and-out striker, but we've built our results on honest performances.

"In addition, Yusuf went to the tournament with health problems, playing in the first game from 81 minutes."

Bahrain are up against managerless Thailand, who fired head coach Milovan Rajevac in the aftermath of their 4-1 defeat to India on matchday one.

After going in on level terms at half-time, Rajevac's side conceded three second-half goals and Thai FA president Somyot Poompanmoung, who had set the coach a target of progress from the group stage, called time on his tenure.

Poompanmoung said in a statement: "It was not the playing format that Thai FA and the team supporters desired.

"I hereby announce the suspension of the contract with Milovan Rajevac as the coach of Thailand’s national team."

If passed fit, Yusuf will be the one to watch in Bahrain's attack as he looks to add to his international goal tally of five. A threat in the air and an intelligent target man, he provides Bahrain's midfielders with the outlet they lacked for much of the game against UAE.

Chanathip's superb first touch, mazy dribbles and distribution set him apart from his team-mates. The 25-year-old is a regular in Consadole Sapporo's midfield and contributed eight goals in 30 J-League appearances in 2018.

- This will be the first encounter between Bahrain and Thailand at the Asian Cup.

- Thailand have won just one of their 21 games at the Asian Cup (D8 L12), conceding four goals in each of their last two games (vs Australia and India).

- Bahrain have conceded in each of their last 19 Asian Cup games (W4 D5 L10), with their only clean sheet coming in their first such game in the competition – a 0-0 draw with Kuwait at the 1988 Asian Cup.

- Thailand have kept just a single clean sheet in their last 14 Asian Cup games (2-0 against Omen in the 2007 group stages), conceding 39 goals in total during this period (average of 2.79 goals conceded per game). 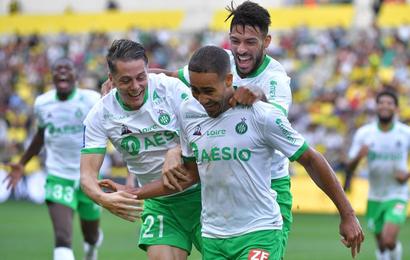