Much had been made of the clash between the gulf rivals but a goal in either half from the Asian Cup leading scorer handed the 2022 World Cup hosts an impressive victory against the odds.

It was a tetchy start to the contest as both sides adapted to the game. Saudi Arabia grew in confidence and began to boss possession.

With 20 minutes on the clock, Saudi created the first chance of note. Fahad Al Mulwad had been Saudi’s best player and smashed the upright leaving Saad Al Sheeb motionless in the Al Anabi goal.

Five minutes later Qatar hit back on a rare foray forward. Abdulaziz Hatem played through Almoez Ali, but the Duhail ballooned his shot high over the bar.

With five minutes left in the half, Qatar deservedly won a penalty as Almoez was chopped down in the box. Hassan Haydoos stepped up and after a delay smashed his effort straight at Saudi Keeper Mohammed Al-Owais.

Unperturbed Al Annabi pushed forward and scored their goal against the run of play on the stroke of half-time. A clipped through ball from Madobo left Almoez Ali baring in on goal and the leading scorer in the Asian Cup made no mistake tucking the ball into the bottom left hand corner.

Saudi pushed hard in the second half for a leveller, but were reduced to shots from distance which were gratefully gathered by Saad Al Sheeb.

Substitute Mohammed Al-Saiari came on as Pizzi searched for a leveller, but the Al Hazem strikers chances were limited to a deft header that flew over the bar.

Qatar were pushed back for large swathes of the second half, but eventually doubled their lead with ten minutes left to play. After winning a corner on a rare foray forward, Abdulaziz clipped the ball to the near post and Almoez Ali nodded the ball into the bottom corner to give Al Annabi a vital two goal lead.

Saudi continued to press for a winner in the final minutes but Qatar were diligent on the counter picking their moments to push forward. It could of have been 3-0 had Abdulkarim Hassan not smashed a shot from close range well over.

Qatar will now turn their attentions to a round of sixteen clash against Iraq.

Penalty saved! Hasan Al Haydos (Qatar) fails to capitalise on this great opportunity, right footed shot saved in the centre of the goal.

⚽️ KICK OFF ⚽️ The final fixtures of the group stage is here and two football titans collide. 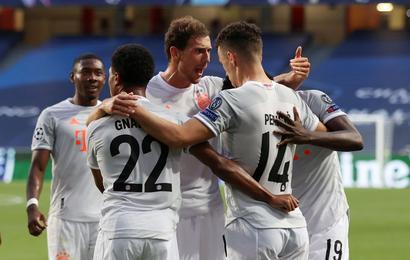