Ahead of the 2019 Asian Cup in the UAE we have decided to break down the teams in each group to see who could come away with the famous trophy on the 1st of February. You can subscribe now to our 2019 AFC Asian Cup UAE package now. Group B will see reigning champions Australia take on three Arab sides in Syria, Jordan & Palestine. Do the Socceroos have enough to make it back to back Asian crowns?

After replacing Bert van Marwijk after a forgettable  2018 FIFA World Cup, Graham Arnold returned to the Socceroo’s hot seat having previously managed the side in 2007. After enjoying success with A-League side Sydney FC winning the A-league title last season. So far, Arnold has yet to taste defeat in his second stint as boss and the reigning Asian Cup winners will be hoping that the 55-year coach can lead the side to back-to-back continental crowns.

Brighton goalkeeper Mathew Ryan has been ever-present for the Seagulls this season and should be expected to be handed the number one jersey in the UAE. The 26-year-old stopper is a real presence in goal and is widely considered to be one of the best keepers in Asia. Ryan will have to be at his very best if the Socceroo’s are to make the latter stages of the tournament.

German boss Berd Stange was announced as Syria boss in January 2018 replacing Ayman Hakeem. The former Singapore coach was on the verge of retirement before taking up the opportunity with The Qasioun Eagles. Now 70 year coach will be tasked with the challenge of getting Syria to the knockout phases of the Asian Cup for the first time in their history. Stange has a talented squad who went to the later rounds of 2018 World Cup qualifying and could be considered as dark horses in the tournament.

Omar Al Soma will be the man to watch in the UAE. The Al Ahli striker has been prolific in recent years in the Saudi league and has been handed the captains armband for the tournament.  This season, Al Soma has scored seven goals in just eleven appearances for Al Ahli and will spearhead the Syrian attack alongside Omar Kharbin & Mahmoud Al Mawas. 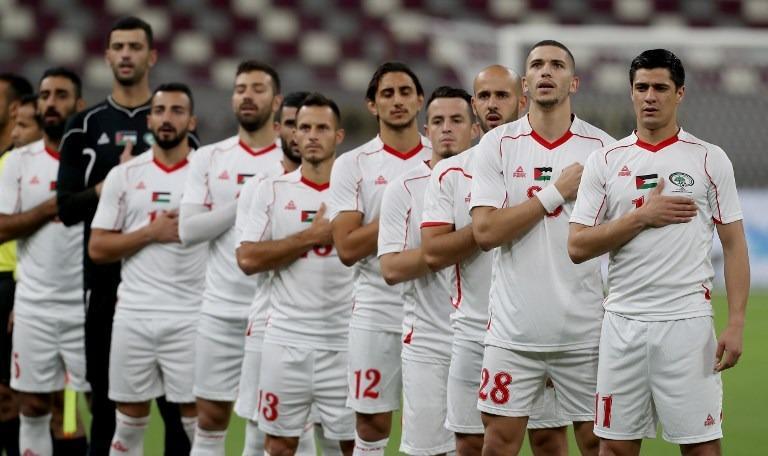 Algerian boss Noureddine Ould Ali replaced Bolivian coach Julio César Baldivieso in April 2018. Ould Ali is no stranger to the Palestinian setup, having been an assistant under Abdel Nasser Barakat. So far, it’s been good for the 46-year old who will be in charge of guiding Palestine to their second ever Asian Cup. Having not registered a win in their maiden appearance in Australia that will be the first order of business for Ould Ali.

Sameh Maraaba top-scored for Palestine in qualifying for the 2019 Asian Cup, and will be the man to watch for The Knights. The Shabab Yatta striker was prolific in the third round of qualification including a four-goal haul in the 8-1 victory over The Maldives. Having only scored once in the AFC Asian Cup, Palestine will be hoping that Maraaba can the ground running and fire the nation to glory in the UAE.

Former Belgian international Vital Borkelmans took the reins of Jordan in 2018 to lead the country into their fourth ever AFC Asian Cup. Borkelmans was assistant in the Belgian setup under Marc Wilmots. Having missed out on the knockout stages in 2011, Borkelmans will be tasked with progressing to the round of sixteen.

Veteran stopper Amer Shafi will have to be on song if Jordan is to be a success in the UAE. The 36-year old is the most experienced player in the squad with 139 caps and is in some shock goalscoring form heading to the tournament.  Shafi memorably scored his first and so far the only goal for his country against India in a friendly to the build-up to the Asian Cup.