Former Arsenal boss Arsene Wenger has given his thoughts on Uruguay strikers Luis Suarez and Edison Cavani ahead of Les Bleu's crunch quarter-final match against the South American side in Nizhny Novgorod.

Wenger 68, has been a guest of beIN SPORTS Arabic during the 2018 FIFA World Cup and reflected on both players and how they have played for La Celeste so far in the tournament.

“My feeling about Suarez is that he is a fantastic player, but he makes all the player all around him good. Suarez is always first to the ball, he has fantastic football intelligence” noted the French coach, who had been previously linked for a move for the then Liverpool striker in the summer of 2013.

Wenger also added that he thinks that 31-year old Suarez may have dropped off in pace but his team play makes the Barcelona striker stand out.

“Honestly, I think he has lost a fraction of his pace. He looks to be more one paced than the Suarez that I know from England a few years ago.”

Ahead of the game against France, Wenger believes that it will be hard for Suarez if his strike partner Edison Cavani is ruled out of the contest with a calf injury.

“I feel that if he loses Cavani it will be all on him and I’m not sure that today if he has the physical qualities to take that role. He’s a perfect example of a guy who makes Cavani better but he (Suarez) needs him as well.” 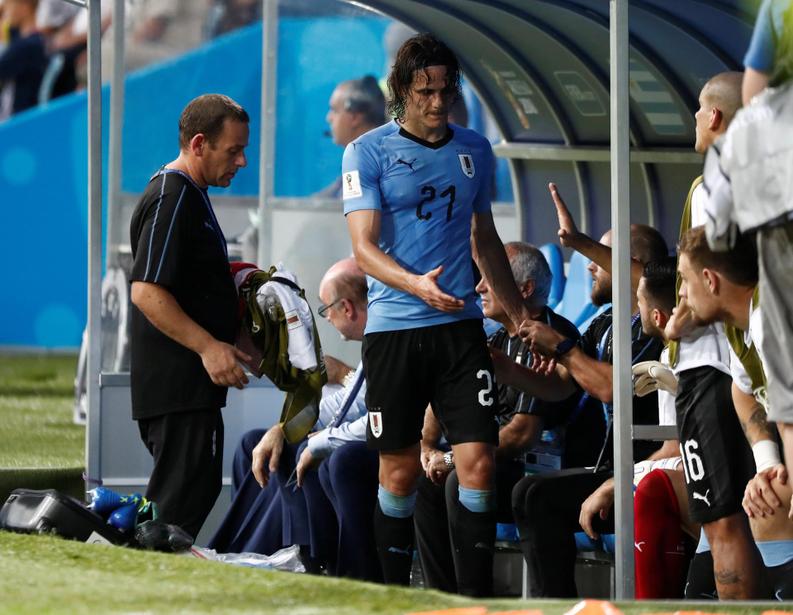 The Former Arsenal boss then turned his attention to Edison Cavani, who has so far scored three goals at the 2018 tournament, although Cavani is a major injury doubt for the match after limping off in the round of sixteen contest against Portugal. Wenger noted that the PSG striker has a real hunger to win the World Cup.

“He’s at the age where he knows will not come back, and he’s a guy who naturally has a big hunger. You see that this guy is ready to die for the World Cup.”

Whilst Wenger also added that he did not think that Cavani would be able to fully shake off his calf injury in time for the game on Friday afternoon.

“It’s a shame and a chance for France. I am convinced he will not play against France, or he will play diminished. I have not seen in my life a player walking off the field by limping with a calf strain and playing four days later.”

You can watch all the action between Uruguay & France via beIN SPORTS CONNECT.