A 6-4 1-6 7-5 victory for Madison Keys over top seed Sabalenka capped a day of upsets in Berlin.

American Keys fought back from a set down to bundle the world number four out in an hour and 29 minutes.

The battling Sabalenka saved 10 break points but was unable to avoid an early exit in the inaugural grass-court event.

Second seed Svitolina started her grass-court season with a 6-4 7-5 defeat to Ekaterina Alexandrova.

Russian Alexandrova fended off seven set points in the second set before sending the world number six, who was given a first-round bye, packing.

Svitolina, playing her first match since crashing out of the French Open in the third round, became the fourth top-10 scalp for Alexandrova, who will face Belinda Bencic in her fifth quarter-final of the year.

Andreescu's first match on grass since Wimbledon qualifying three years ago ended in a 7-6 (7-2) 7-5 loss to Alize Cornet.

The third seed from Canada parted with her long-time coach Sylvain Bruneau after she was beaten by Tamara Zidansek in the first round at Roland Garros and was unable to hit the ground running on grass.

Bencic, the fifth seed, advanced with a 6-3 5-4 success over Petra Martic. 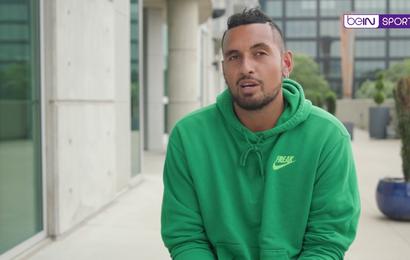