The Australian has not played since her surprise third-round defeat to Shelby Rogers at the US Open last month.

Barty follows four-time grand slam champion Naomi Osaka in pulling out of the California event, the final WTA 1000 tournament of the year.

The 25 year-old had indicated after her defeat at Flushing Meadows that she planned to play at Indian Wells.

Three other previous winners – Simona Halep, Elena Vesnina and Victoria Azarenka – will also be present, along with teenager Leylah Fernandez, who reached the US Open final.

Next Raducanu to return with Indian Wells wildcard
Read 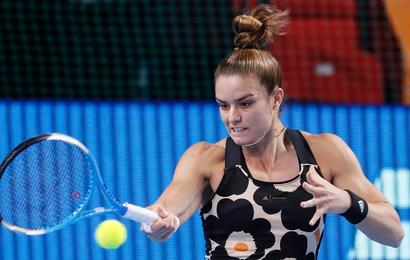