Belgium let a two-goal half-time lead slip in last week's 3-2 defeat to France in the semi-finals and followed that up with a 2-1 loss at the hands of European champion Italy in the third-place play-off on Monday (AEDT).

The Red Devils are on course to finish the year as FIFA's top-ranked national side for the fourth time running, but their 'golden generation' of players have still yet to win any silverware.

Martinez could only guide Belgium to the quarter-finals of Euro 2020, having previously finished third at the 2018 World Cup (they were also beaten by Italy and France respectively in those tournaments), but the Spaniard – who has been strongly linked with replacing Ronald Koeman at Barcelona – is not at risk of being sacked.

However, RBFA chief executive Peter Bossaert accepts that the second-half display against France cannot be repeated if Belgium is to have any chance of ending their wait for a trophy.

"Roberto is still the right man for the job," Bossaert said. "We still support him 100 per cent. But we have to learn from the game against France, in which we played our best half of football and worst half in a long time.

"I'm going to ask some people for advice, but I'm not going to create a commission or a committee. I also don't want too many people giving their opinions because then there will be too many differing opinions."

Belgium is top of its World Cup 2022 qualifying group with 16 points from six matches and returns to action on 14 November AEDT with a home game against Estonia.

Martinez agrees with Bossaert that Belgium were not good enough during the Nations League Finals, even if there were some positives to take away from the mini-tournament.

"But the way we reacted to going behind against Italy, after what had happened in the France game, I thought the team had a real strong personality to keep playing."

Next England to face Italy behind closed doors
Read 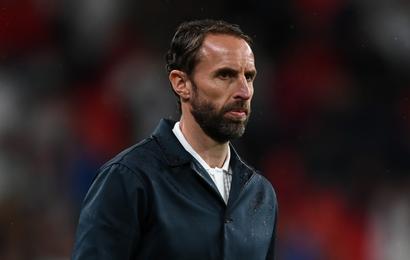