Leicester missed the chance to confirm first place when they lost to Zorya Luhansk last week, but the Foxes never looked in danger of squandering a second opportunity as they opened up an unassailable two-goal lead after 14 minutes at the King Power Stadium.

Under put Leicester ahead with his first goal following a loan move from Serie A outfit Roma before Barnes' sixth goal of the season doubled the host's advantage soon after.

The result meant Leicester finished level on 13 points with Braga, but won the group courtesy of its better head-to-head record against the Portuguese side, while AEK ended bottom with just three points.

Despite making seven changes from the weekend win over Sheffield United, Leicester wasted little time stamping its authority on the game.

Under set the tone for Leicester in the 12th with a sumptuous volley from 15 yards after Stratos Svarnas had horribly sliced Youri Tielemans' cross into his path.

Barnes added a second just two minutes later – the winger cutting in from the left and beating Panagiotis Tsintotas with a strike that took a significant deflection off Ionut Nedelcearu.

Barnes flashed wide after another impressive run, while Dennis Praet prodded wide from a corner as Leicester continued their domination in the second period.

Leicester substitute Ayoze Perez was denied a third by Tsintotas, but it mattered little as the hosts wrapped up their Europa League group campaign with minimal fuss.

Next Vinicius and Lo Celso steer Spurs to victory
Read 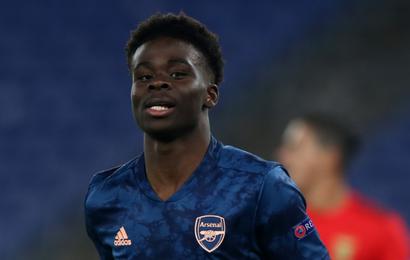