The 19 year-old became the first teenager to score more than once on his Champions League bow since Wayne Rooney's hat-trick for Manchester United against Fenerbahce in 2004.

Haaland's treble also saw him become only the eighth player to score three times on debut in Europe's elite competition.

"This is the craziest thing I've ever done in my life," Haaland – who scored 11 league goals heading into the match – said after the Group E opener at Stadio Salzburg.

"The fans today, oh my god. I had goosebumps as soon as I stepped onto the field and I still have. This feeling in my body I never had before."

After crushing Belgian visitor Genk, Haaland does not believe it is impossible for Salzburg to follow in the footsteps of Dutch champion Ajax, which reached the semi-finals last season.

"Haaland is a great player, but even more for me is that he's a great young man. He shows up every day, he works hard and takes nothing for granted. He gives to his team-mates every day smiling. We're really lucky to have him here and if we can keep him fit, he's only going to get better."

"He is phenomenal. With his height, to be so nimble and have such command of the ball. It's really hard to play against him in training, you just have to foul him. Once again, he proved why he's definitely going to become one of the best strikers in the world," Wober said.

Junuzovic added: "His goalscoring run is incredible. I'm so happy he scored three today. People said: 'okay he's scoring for fun in the league, but wait until he comes to the big stage'. Then he goes and scores another hat-trick!" 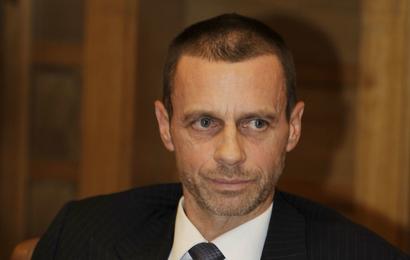