The 25-year-old has agreed a long-term contract at Villa Park and his move is subject to international clearance.

"We're delighted that Bertrand has chosen to come to Villa," manager Dean Smith said ahead of Villa's Premier League opener against Sheffield United on Tuesday (AEST).

"He's a player with immense talent who will really enhance our attacking options."

Watch the first interview with Bertrand Traoré on VillaTV or the Villa app now! 🟣#TraoréAnnounced

Traore cited the presence of Smith's assistant John Terry, with whom he shared a dressing room at Chelsea, as a factor in the transfer, while he also counts Villa duo Marvelous Nakamba and Anwar El Ghazi as former team-mates from his time in the Eredivisie.

"I played with JT at Chelsea, I spoke to him," he said

“I spoke to the manager, spoke with the sporting director as well and some players I used to play with, Nakamba and El Ghazi.

“I spoke to Nakamba, I talked to him a little bit about the club. Many things made me take the decision to come here. I'm happy."

Traore joined Chelsea as a teenager and enjoyed loan stints at Vitesse and Ajax before joining Lyon for an initial €10 million ($16.2 million) in 2017.

He scored 33 goals in 126 appearances for last season's UEFA Champions League semi-finalist but insists he always wanted another crack at England's top flight.

"I always wanted to come back to the Premier League," he added. "I had to follow my own way as well and gain some more experience.

"I think it is the right time to come back.I think I'm coming back as a better player, with more experience."

Next Wolves sign Hoever as Jota heads to Anfield
Read 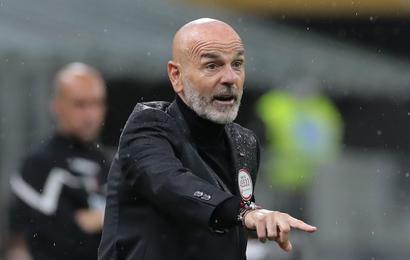