Barca signed centre-back Todibo from Toulouse in January 2019, but the Frenchman has played just four times in LaLiga.

He will now spend the rest of 2019-2020 on loan at Schalke, who have paid Barca a €1.5million loan fee and will cover Todibo's wages for the remainder of the campaign.

Have you followed our new man yet? 🤔

Schalke will also be able to make the deal permanent should Todibo impress, with Barca confirming a fee of €25m – plus €5m add-ons – has been agreed.

Should Schalke decide to sign Todibo, Barca – who on Monday replaced head coach Ernesto Valverde with Quique Setien – have included a buy-back clause of €50m, plus €10m in variables.

"We said during the training camp in Spain that we would only be active in the market if something opened up that would help us," Schalke coach David Wagner said.

"That's definitely the case for Jean-Clair, who is one of the best young central defenders in Europe. Since Benjamin Stambouli's recovery is taking a little longer than we had all hoped, it makes sense to bring in another central defender. He can also play in defensive midfield.

"We will all do our best to support him in the development of his clear potential. We’re looking forward to having him."

Todibo was also linked with Serie A side Milan, with negotiations reportedly collapsing due to Barca's insistence that a buy-back option was included.

Schalke sits fifth in the Bundesliga and face second-place Borussia Monchengladbach at home on Saturday (AEDT). 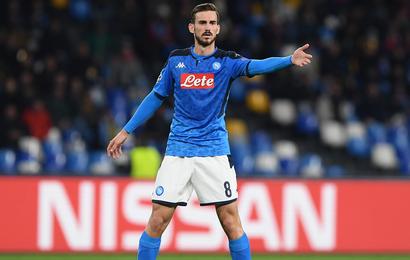