The 38-year-old has spent the past 18 months in MLS, but his contract with LA Galaxy expires in December and he has been linked with a return to European football.

Ibrahimovic played for Milan for two seasons before leaving for Paris Saint-Germain in 2012 and Garber has suggested a return is on the cards.

"Zlatan is such an interesting guy," he said. "He keeps my hands full and my inbox full, but he's a thrill-a-minute.

"You need to have those guys that break through the clutter like [David] Beckham did in our early days. He is a 38-year-old guy who is being recruited by AC Milan, one of the top clubs in the world."

Ibrahimovic was named in the MLS Best XI in 2018 and 2019 after scoring a combined 53 goals, and Garber has not entirely ruled out the Swedish striker agreeing a new contract to stay in Los Angeles.

"He has almost set records for the number of goals he's scored in the last two years and is exciting on and off the field.

"He keeps our hands full but I'd love to see him back - that's up to LA Galaxy. I've enjoyed the Zlatan moments, especially when he speaks to me in third person."

One star name may appear to be on his way out of MLS, but Garber hopes others will follow in the steps of Ibrahimovic, Beckham and Thierry Henry.

Beckham spent five years with Galaxy and is now the co-owner of new club Inter Miami, who will make their MLS debut in 2020.

Asked about Beckham's influence in luring others to America, Garber said: "We saw Henry come to this league because he had a conversation with Beckham five or six years ago.

"David is out there speaking to lots of players and, just as importantly, he is very involved in the academy down at Miami.

"They are recruiting young players and their academy has been open for a year now with a team that's not playing until next year. They have a combination of young players and some international guys that David will bring in."

Next This team Wenger almost signed would beat anyone
Read 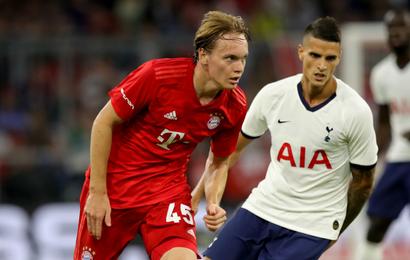 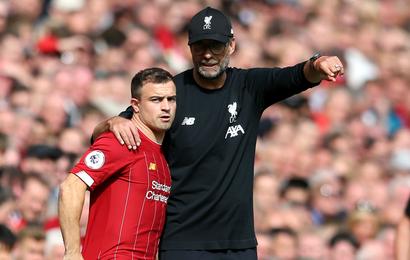