The former world No.1 made the announcement on breakfast television in the United States.

.@GMA EXCLUSIVE: Danish tennis player @CaroWozniacki on her retirement: “There’s so many other things I’d like to do off the court.” https://t.co/Qlkw4RgvK5 pic.twitter.com/G4aHrQE8J1

Wozniacki also sent a message to her followers on social media, admitting that there are now things she wants to do more that are away from tennis.

"I've played professionally since I was 15 years old," the Dane wrote.. "In that time I've experienced an amazing first chapter in my life. With 30 WTA singles titles, a world No.1 ranking for 71 weeks, a WTA Finals victory, three Olympics, including carrying the flag for my native Denmark, and winning the 2018 Australian Open gran slam championship, I've accomplished everything I could ever dream of on the court.

"I've always told myself, when the time comes, that there are things away from tennis that I want to do more, then it's time to be done. In recent months, I've realised that there is a lot more in life that I'd live to accomplish off the court.

"Getting married to David [Lee, former NBA star] was one of those goals and starting a family with him while continuing to travel the world and helping raise awareness about rheumatoid arthritis (project upcoming) are all passions of mine moving forward.

"So with that, today I am announcing that I will be retiring from professional tennis after the Australian Open in January.

Wozniacki beat Simona Halep in three sets in 2018 at Melbourne Park to become the first Danish player to claim a grand slam singles title at the Australian Open.

She was diagnosed with rheumatoid arthritis in October 2018, but made it clear that this was not the reason for her decision to call it quits.

"This has nothing to do with my health and this isn't goodbye, I look forward to sharing my exciting journey ahead with all of you."

Wozniacki, who will turn 30 in July 2020, also thanked her family, fans and support team for their dedication over the years.

"Without all of you, I could never have done this," she concluded.

Next Wozniacki to face Serena in May exhibition
Read 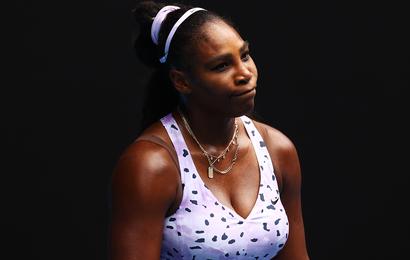