Murray has not been in action since Britain's opening tie at the Davis Cup finals last month because of a pelvic issue.

"Unfortunately I've had a setback and as a precaution need to work through that before competing," the Scot said.

"I've worked so hard to get myself into a situation where I can play at the top level and I'm gutted I'm not going to be able to play."

Murray has skipped his training base in Miami to deal with the injury, meaning he will not feature at Melbourne Park, the last place he played a grand slam tournament a little more 12 months ago.

"After the Australian Open earlier this year, when I wasn't sure whether I'd be able to play again, I was excited about coming back to Australia and giving my best, and that makes this even more disappointing for me," Murray said.

Next Nishikori pulls out of Australian Open and ATP Cup
Read 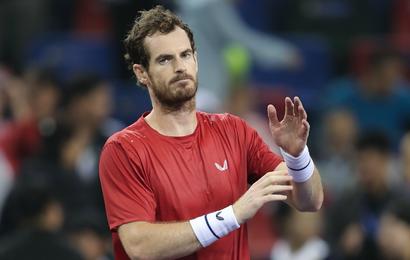