American Anisimova won the battle of the 17-year-olds in Bogota, where she outlasted wildcard Maria Camila Osorio Serrano 6-2 1-6 6-3 on Saturday (AEST).

World number 438 Osorio Serrano was a menace throughout, however, Anisimova managed to prevail thanks to 32 winners after almost two hours on the Colombian clay.

Standing in the way of Anisimova and the final is Brazilian qualifier Beatriz Haddad Maia, who stunned seventh seed Sara Sorribes Tormo 6-7 (6-8) 6-2 6-3.

"I've been playing well here, I'm going to keep doing what I was doing, and we’ll see how it goes," Anisimova said.

Australian Sharma moved through to her first WTA semi-final thanks to a 6-1 7-5 victory against former world number five and 2012 French Open runner-up Sara Errani.

Next up for Sharma is 2012 champion and 11th seed Arruabarrena, who beat fifth seed Tamara Zidansek 6-4 6-2. 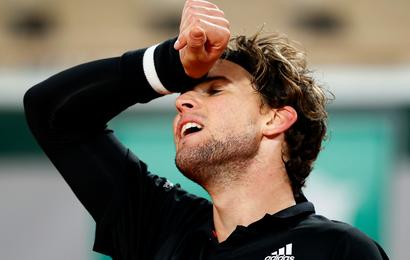