Luka Modric and Karim Benzema scored as the LaLiga leaders proved far too strong for Athletic, which beat Atletico Madrid in the semi-finals on Friday (AEDT).

Benzema's goal was a second-half penalty and took him to 18 career goals against Athletic. They are the team against whom he has scored the most goals, and he was a threat throughout this one-sided game.

Even when Athletic was awarded a late spot-kick itself, with Eder Militao sent off for handling Raul Garcia's header, it could not take advantage. Garcia's penalty carried plenty of punch, but Thibaut Courtois saved with his legs.

Ancelotti was a Champions League winner during his first stint with Madrid, and the experienced Italian will hope this success in Riyadh proves to be the first of many trophies second time around.

Madrid had a string of early half-chances, with Benzema, Toni Kroos and Modric among those who could not capitalise.

Casemiro then threatened twice in quick succession, forcing Unai Simon to tip an ambitious long-range strike wide for a corner, before a looping header from the midfielder was touched over the bar by the goalkeeper.

Modric made the breakthrough in the 38th minute. Rodrygo dribbled into the Athletic penalty area from the right flank before laying off the ball sensibly to his veteran team-mate, and from 17 yards the Croatian swept an elegant shot high into the right corner.

Madrid was awarded a penalty after a VAR check in the 51st minute when Benzema's shot struck Yeray Alvarez on the arm. Benzema powered the spot-kick into the left corner and Madrid looked home and hosed, having barely faced any pressure from Athletic, who won this competition last year.

The 89th-minute penalty could have made for a nervy finish, but Courtois came to Madrid's rescue.

Ancelotti 'excited' ahead of Supercopa final Ancelotti 'excited' ahead of Supercopa final 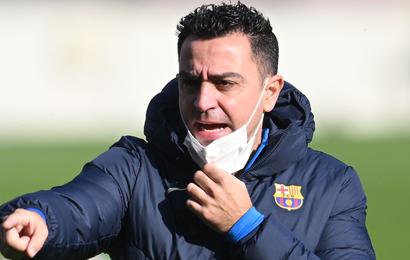