Juve has won six consecutive matches across all competitions and sit top of Champions League Group D ahead of the home match against Lokomotiv Moscow.

Ronaldo has netted in six of his last seven games for club and country, with the tweaks made by former Chelsea manager Sarri going down well with the Portugal international. 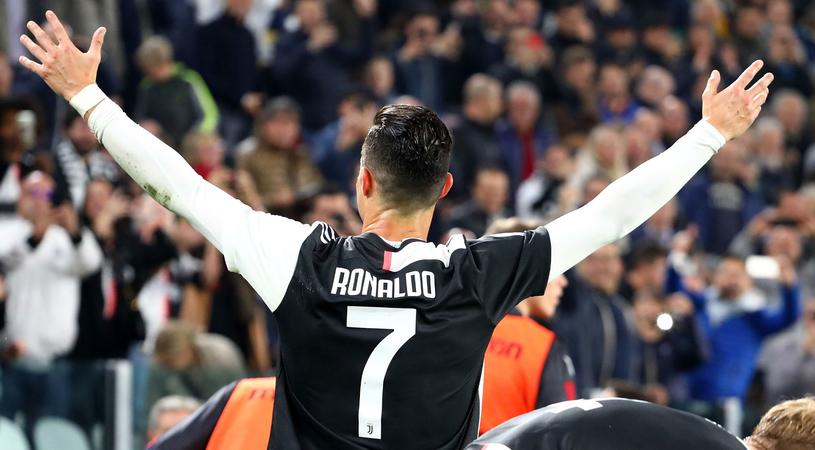 The 34 year-old scored his 700th career goal against Ukraine last week, before adding another to his tally in Juve's 2-1 home Serie A win over Bologna.

"This season we're playing more attacking football," Ronaldo said. "We are using a new system which I like. I like the way Sarri wants us to play.

"I think the team is more confident, we create more chances and you can see that by the way we move the ball. I am happy as are the team.

"We play more forward and we're improving week by week. We are more confident. We play, in my opinion, a different type of football, in attack with more possession.

"My role is similar, maybe a bit freer in the way I feel comfortable and the way I feel good. Step by step we should be Juventus. We have a different coach, a new system, new players and I think we have changed for the better."

On his own displays, Ronaldo added: "Age is just a number, I can show that through my performances. I've already passed the 700 goals record - it's a great one to have - but the priority for me is the team.

"I want to help the team with my goals and assists and help them to win trophies. The individual records will come in a natural way.

"We know if we win on Tuesday, we are 50 per cent qualified. We should carry on like that.

"I think Juventus should think big, they are a big club and we need to think in a big way. We want to win the league and the Champions League."

Sarri spoke to the media alongside Ronaldo and explained he was likely to be without Aaron Ramsey (groin) as he deals with a selection dilemma up front, Paulo Dybala and Gonzalo Higuain battling it out to play alongside Ronaldo.

"We have the good fortune of having both Dybala and Higuain in great condition," Sarri said. "I am content regardless of who will play.

"I don't think Ramsey will play. He is working hard to get over the muscular fatigue. Danilo is doing well but I don't believe that he has 90 minutes in his legs yet. I am happy with Adrien Rabiot's improvement. He deserves the merit for the work he has put into training."

Sarri concluded by praising Ronaldo, adding: "Cristiano has an extraordinary mentality. He manages to set personal goals and those for the whole team in a phenomenal and contagious way."