The defending champion is third but had the opportunity to close within five points of frontrunner Inter ahead of its game against Genoa on Monday (AEDT).

Although the Bianconeri were made to work hard by Verona, they looked to be on course when Cristiano Ronaldo netted his 26th goal of the season early in the second half.

But Antonin Barak's header gave Verona the point it deserved, extending its unbeaten league run against Juve to three matches for the first time since the 1980s.

Juve made a rapid start and Aaron Ramsey had a low shot touched wide, but the best attempt of the first half came at the other end as Wojciech Szczesny turned Marco Faraoni's header onto the crossbar.

The pace of the game slowed thereafter, although Marco Silvestri was forced to push away a Federico Chiesa effort.

The breakthrough goal arrived four minutes into the second period when Chiesa turned provider and squared to Ronaldo, whose finish slipped beyond Silvestri.

Juve failed to build on that strike, though, and Verona recovered a foothold and eventually parity as Barak towered over Alex Sandro from substitute Darko Lazovic's cross.

Verona looked the more likely to forge a winner, with Szczesny expertly denying Lazovic, but it settled instead for a point that means Juve is winless in three on the road in all competitions. 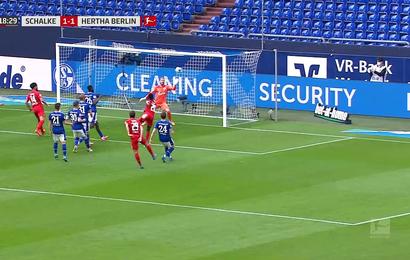