Despite Napoli’s resurgence over the last decade, the Scudetto has not paraded the streets of Naples since 1990 - the twilight of Diego Maradona decorated seven-year spell at the club.

31 years on, the proud Parthenopeans still await that elusive third title, but there’s hope – the club is unbeaten in its first 12 games, blowing away opponents with Luciano Spalletti’s Tiki-Taka style.

Spalletti shifted away from the 4-2-3-1 deployed by Gennaro Gattusso, favouring a 4-3-3, which has seen his side dominate possession and create more goalscoring chances for star duo Victor Osimhen and Lorenzo Insigne.

Victor Osimhen for club and country in 2021-22:
22 games
15 goals
Napoli got themselves a Star🔥🇳🇬 pic.twitter.com/S3Nz04zTbz

Napoli's possession-based approach hasn't just helped in attack. Starving opposition of the ball has proved to be the best form of defence, with Napoli conceding only four goals this season – seven-fewer than second-best AC Milan.

The Blues finished the season as runner up in three out of four campaigns between 2015 and 2019, and the club could finally go one better this year, with wounded giant Juventus all but out of contention as it contends with life after Cristiano Ronaldo.

With a tricky run of fixtures ahead – which features Juventus, AC Milan, Lazio and Atalanta over six-weeks, Monday’s clash could define their trajectory for the rest of the season.

Reminder that Napoli are one of two European clubs undefeated in league play and sit 🔝 of the Serie A 🤔 pic.twitter.com/txavHw2AiO

Victory cements Napoli as the heavy favourite in the title race, with a major confidence boost following two draws in the last three games. More importantly, the win will prove to the players and fans that Spalletti’s aesthetically appealing style holds up against the very best opposition.

Defeat, could sow the seeds of doubt amongst a fan base increasingly accustomed to coming close, but falling short of the title.

For Inter, last season’s title celebrations were cut short by financial woes, which saw star striker Romelu Lukaku, key defender Achraf Hakimi and manager Antonio Conte leave over the summer. The financial uncertainty and star exodus had the champion tipped for a rapid decline this season.

Former Lazio boss Simone Inzgahi filled the void left by Conte in the technical area and that proved to be a masterstroke, with the Nerazzurri third with one defeat in 12 to start the season. 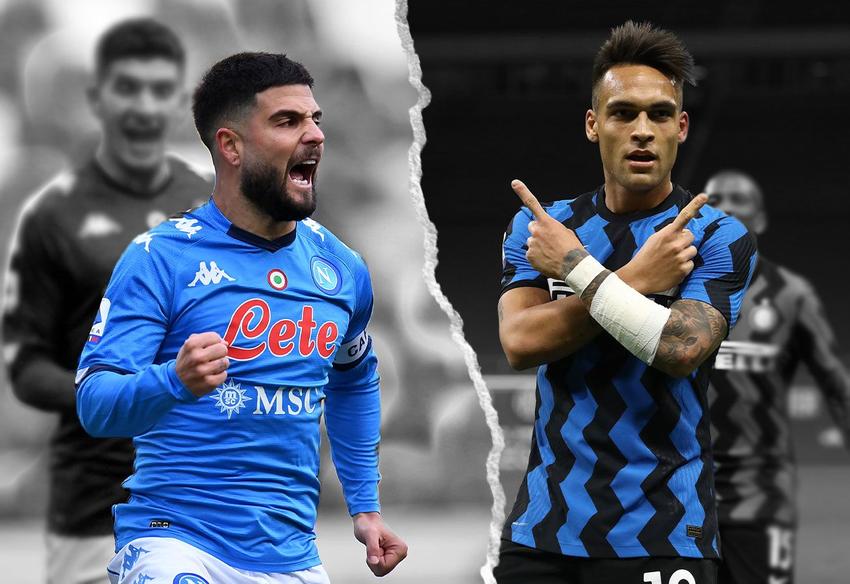 Despite losing Lukaku’s goals and Hakimi’s precise deliveries into the box, Inzaghi’s side leads the lead in goals scored this campaign, and unlucky not to get the win over second-placed Milan in its last league match before the international break.

It would be remarkable if Inter won back-to-back tiles following its horror off-season, but Napoli fans and neutrals alike will be backing the Blues to win the league in a befitting tribute to the late Diego Maradona.

One-year on from Maradona’s death, perhaps ‘the hand of god’ will return to touch the San Siro in this highly-anticipated clash on Monday.

Next Allegri positive as Juve prepares for Lazio
Read

Lukaku thrilled to be back at Inter