Higuain looked set to leave Juve in the close-season but, having worked under Sarri at both Napoli and Chelsea, the 31-year-old has been given a prime role in the squad so far this term.

The striker has featured in five of Juve's six Serie A games this season, making four starts, though he has only managed one goal – scoring in a 4-3 win over his and Sarri's former club Napoli in August.

Ronaldo and Dybala were preferred for Saturday's meeting with SPAL, with the latter teeing up his strike partner for a late goal in a routine 2-0 victory.

However, the duo had struggled to link up to much effect before Ronaldo's headed effort, Dybala having picked out his team-mate only once in the first half as Juve failed to make their dominance count for more than Miralem Pjanic's stunner.

Despite his side having displayed some wasteful finishing in recent weeks, Sarri has no plans to throw his three star forwards onto the pitch from the start of games just yet.

"Playing Cristiano, Dybala and Higuain all together from the start is an interesting suggestion," Sarri told a news conference ahead of Juve's Champions League match with Bayer Leverkusen.

"But we are not yet ready for the level of balance required. For now we could only try this solution for parts of the match.

"It's a fascinating hypothesis but you have to see everything. For those watching it is beautiful, [but] we must evaluate everything."

Complicating matters further for Sarri has been the introduction of Aaron Ramsey, who has recovered from the injury that saw him miss a chunk of his final season at Arsenal.

Having made his bow as a substitute in Juve's opening Champions League fixture against Atletico Madrid, Ramsey has started the last three Serie A games, marking his full debut with a goal in the 2-1 victory over Hellas Verona.

The speed at which Ramsey has overcome his injury problems has surprised Sarri, though Juve's boss sees plenty of potential for improvement from the Wales international.

"Ramsey has surprised me in his recovery from injury, and he was included very quickly in the team," Sarri added.

"I believe, however, he still has a lot of room to improve. I see a great level of application during training, which gives me hope.

"In the last two games, the ease of dribbling has increased. Now we need to speed it up and improve our scoring."

Next Sanchez rediscovers love for football at Inter
Read 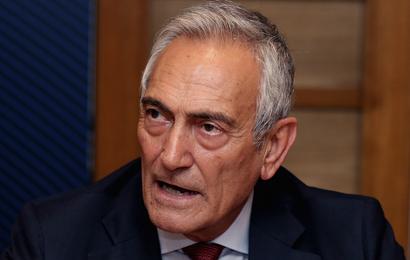 Serie A facing €700 million loss if season is axed