Milan is top of Serie A after the first five rounds of matches and have gone 22 games without defeat since football resumed in June.

On Thursday (AEDT), CEO Ivan Gazidis outlined the Rossoneri's plans for the next window, with "some of the best talents in the world" being targeted.

But while Pioli will accept the opportunity to bring in more recruits at the turn of the year, he is not looking too far ahead with the games coming thick and fast.

"You are already thinking about January, but we don't because we still have many games," he said.

"We have clear ideas and if we get the chance we will improve the team."

Milan won 10 games in a row – including a penalty shoot-out success against Rio Ave – before being held to a thrilling 3-3 draw with Roma on Tuesday.

After beating Celtic 3-1 in its opening UEFA Europa League Group H clash, the Italian side is looking to win its opening two games in the competition for a third time in a row, but Pioli intends to rotate his side for the visit of Sparta.

"There will be some changes," he said. "We'll see if there will be repercussions from a physical and mental point of view because the match against Roma was tiring.

"You can still expect a strong and competitive Milan. I don't like to talk about player turnover. We are preparing in the best way to face Sparta."

Zlatan Ibrahimovic, who scored his sixth and seventh goals of the season in the draw with Roma, is among those who could be rested for Friday's match.

"I will do all the assessments. After tomorrow's game, we will immediately have another important match against Udinese," Pioli said.

"If I ask Ibra if he wants to play, he'll always say yes, like all my players. But it's important to have players who are physically and mentally ready.

"Even the lads do not know the line-up yet. I'm doing several evaluations, we still have two sessions to go."

Legendary former player Franco Baresi was named honorary vice-president of Milan at a shareholders assembly on Wednesday, a decision Pioli was keen to back.

"It was a very important decision. I am very happy about it," he said. "We are talking about a Milan legend who will be able to transmit the club's values.

"It is important to have people around us who know what Milan is all about."

Next Conte cautious with Lukaku with Sanchez still out
Read 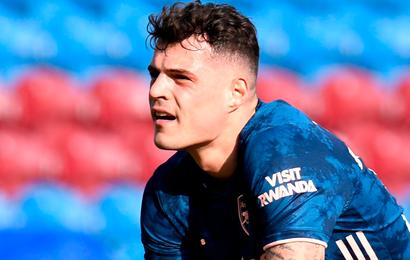