Former Napoli boss Sarri has been appointed at Serie A champion Juve, leaving Chelsea after just one year in the Premier League to replace Massimiliano Allegri.

The 60 year-old, a boyhood fan of the Partenopei, had challenged the Bianconeri for the title in 2017-2018 and his subsequent move to Turin has been met with outrage by some at Stadio San Paolo.

Sarri is delighted to have moved to Italy's leading club in the modern era.

"I had a wonderful experience in the Premier League but, for personal as well as professional reasons, I felt the need to come back to Italy," he said. "This opportunity has been given by Juventus, the most important club in Italy at the moment, and I believe it's the crowning moment of a very long career that, in 80 per cent of cases, has been quite difficult.

"I think I have respected everyone. I had to respect my professionalism, too, and take the direction that I needed."

Sarri was a rival of Juventus previously and explained why that history will have no influence on his ability to do the job.

"I spent three years where, waking up, my very first thought was to beat Juventus," said Sarri, who insisted he remains on good terms with Napoli president Aurelio De Laurentiis despite not speaking to him since joining Juve.

"Juventus were winning a lot - we were the most credible alternative. My professional duty was to create the necessary conditions in order to defeat Juventus.

"I gave 110 per cent, but unfortunately we didn't succeed. I would do it again obviously. This is a sporting conflict. When it is over, of course, it is over. My professionalism means I will give my best for this club right now.

"In the past, maybe I used the wrong words or the wrong methods. But somehow that can be appreciated. If I have an opponent, I might hate this opponent but, ultimately, I will also appreciate them for doing their best in order to win."

Next Sarri out to prove sceptics wrong
Read 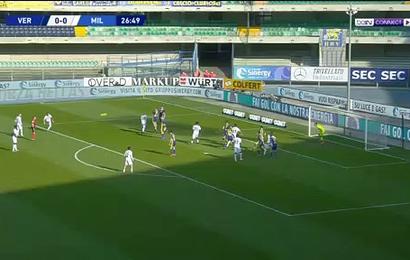