Foster confirmed he and his fellow coaches have already reached an agreement with New Zealand Rugby, while discussions with players are also at an advanced stage.

"That's already been agreed to. With rugby, when there's no games there's no revenue, and that's a tough thing. There's been a lot of shaving [from] the programmes inside and what it's also come down to is cutting.

"It's a different sort of process for players but I know they're willing to go into that space too.

"Theirs is a more complex [situation] but it's a given and they understand that. It's just a matter of working it through so all the different levels of players are dealt with fairly.

"I haven't heard one player yet who doesn't accept that it's going to happen. There's a real willingness of those involved in the game to get behind this and do whatever it takes to make sure [the game] survives."

Foster believes the three home Test matches scheduled for July, two against Wales and another against Scotland, are unlikely to go ahead.

He wants the All Blacks players to maintain a base fitness level, but conceded a "short period" would still be needed after the lockdown to up their levels to full match readiness.

"If you look at the probability, there's a reasonably good chance that international travel and borders won't be down across the world at that point, so in that case the All Blacks won't be playing in July,” he added.

"[If we keep players at peak fitness] they'll just blow out mentally and get really frustrated with that because there’s so much uncertainty.

"We want the players to settle down then we'll start expecting fitness levels to be at a certain point that when the lockdown finishes and we do start to think about a starting point for rugby again." 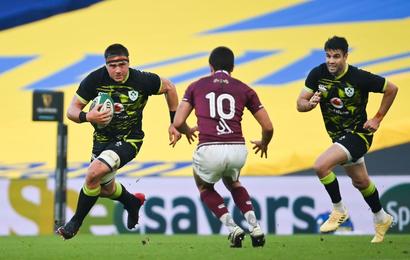