Pogba released video footage of his gym work, with his movement boding well for a comeback after recently having a cast removed.

"Four weeks after surgery, I'm feeling good," he said on the Instagram video.

A further series of images came with captions, with Pogba writing on one: "Can't wait to be back on the pitch."

On another, United's £89.3million record signing wrote of "stretching beyond your limits".

Solskjaer has been cautious around putting a timescale on Pogba's return to action, and the French playmaker was assigned to continue his recovery when team-mates headed to Spain for their ongoing warm-weather camp.

However, the day Pogba pulls on the United shirt again appears to be coming closer.

The former Juventus star has an added incentive to return: United's signing of Bruno Fernandes from Sporting CP means Pogba will have a new midfield ally. 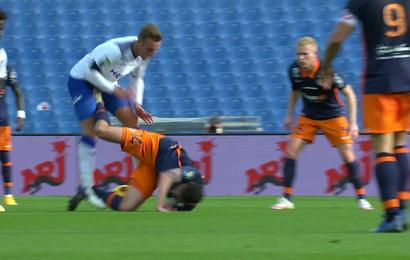