United's game against Liverpool was postponed after demonstrations outside the team's hotel and then inside the stadium.

Fans are not currently permitted to enter Old Trafford due to the coronavirus pandemic, but a number of individuals gained access to the ground and then the pitch.

Protests were centred around United owners the Glazer family, who have long been unpopular and have come under increased scrutiny in recent weeks.

The Glazers were credited with key roles in the attempts to launch an unpopular European Super League last month.

United said on Monday they welcomed "peaceful protestors" but claimed entry to Old Trafford came as a result of "criminal damage", which will now be punished.

"Following events yesterday, while many fans wanted to exercise their right to protest and express their opinion peacefully, some were intent on disrupting the team's preparation and the game itself, as evidenced by activity at the Lowry Hotel and at the stadium," a statement read.

"Reports in mainstream and social media that protesters were able to access the stadium and pitch via a gate opened by club staff are completely incorrect.

"After breaking through barriers and security on the forecourt, some protestors climbed the gates at the end of the Munich tunnel, then forced access to a side door in the stand, before opening an external door that let others through to the concourse area and the pitch.

"A second breach occurred when a protestor smashed the door of a disability access lift, enabling a group to enter the stand.

"The majority of our fans have and will condemn criminal damage, along with any violence towards club staff, police or other fans, and these now become a police matter.

"The club has no desire to see peaceful protestors punished, but will work with the police to identify those involved in criminal activity, and will also issue its own sanctions to any season ticket holder or member identified, per the published sanctions policy."

Mike Parrott, editor of The United Muppetiers, told Stats Perform News he condemned the "few minor criminal acts", before adding: "Outside of that, I feel like [the protest] went really well.

"It's got their message across that they want change and they're not waiting around anymore.

"It's been, what, 16 years now since the Glazers took over. They've had protests now since before 2010.

"So, I feel like them getting the game postponed as well was definitely in our favour because now everyone's talking about it.

"They got their desired effects and it worked very well it seemed, especially when 99 per cent of it was a peaceful process."

Neither United nor the Premier League have yet confirmed a new date for the Liverpool match. 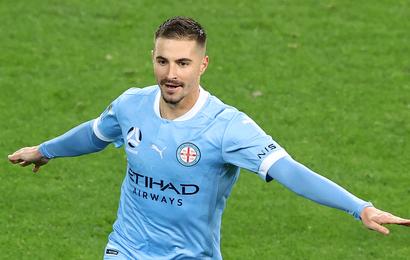