Haaland has been outstanding since joining City from Borussia Dortmund at the start of the season, netting twice against Copenhagen to take his tally to an astonishing 19 in 12 games.

Before that game, Fernando Sanz – a former Madrid player and later the president of Malaga – had suggested Haaland's deal had an "exit clause" with "very beneficial conditions" for Los Blancos.

Haaland joined City after it activated a clause in his Dortmund contract, but Guardiola insisted after the Copenhagen game there was no truth in the claim.

"It's not true," he said. "He has not got a release clause for Real Madrid or any other team. It's not true. That's all I can say.

"Absolutely not [it is not annoying]. There are rumours and people talk, and you cannot control it. We always have to worry about what we can control.

"The important thing is he can adapt really well, I have the feeling he is happy here. We tried with him and all of them, the people who stayed here, and made them happy. This is the most important thing.

"At the end, what's going to happen in the future? Who knows it? Nobody knows it.

"What's important is he's happy and settled perfectly and incredibly loved by everyone. This is the most important thing."

Haaland was substituted at half-time in the 5-0 win at Copenhagen, missing the chance to score another hat-trick after three in his past three home Premier League games.

Guardiola said the change was not planned, as he explained: "He played a lot of minutes three days ago, the game was under control, and Cole Palmer [his replacement] is an excellent player, a top-class player.

"If the game was tight, Erling would continue to play. But it was better to rest and to think of Southampton, a team we were not able to beat last season. Hopefully this season we can do it.

Of the performance, in which an own goal, a Riyad Mahrez penalty and Julian Alvarez's close-range finish added to Haaland's double, Guardiola said: "Today we see the reason why these years were really, really successful at this club.

"After Man United, 6-3, a lot of compliments, a lot of nice things, we were able to be humble enough to respect the opponent like every team we play. This is the secret of this team."

Copenhagen manager Jacob Neestrup said his team "have to improve" but accepted: "There was not anything we could do to City.

"There were of course things we could always do better, but we just need to accept we were playing against the best team in the world right now. They are several levels above us." 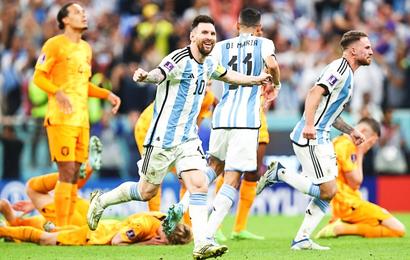