The Blues were looking to win five successive league games for the first time under Thomas Tuchel and looked to be on course to do so and at least temporarily move five points clear at the summit when Kai Havertz scored 12 minutes before half-time.

But Chelsea remains without Romelu Lukaku and Timo Werner in attack and conspired to miss a host of chances to extend its lead, opening the door for Burnley to respond.

Matej Vydra finished from close range nine minutes after arriving from the bench as Sean Dyche was rewarded for a late show of ambition, having previously looked content to keep the score down.

Struggling Burnley had been on the back foot from the outset and Callum Hudson-Odoi drew a sharp first stop from Nick Pope before crossing for Andreas Christensen to nod narrowly wide, the best of six Chelsea attempts in the opening 10 minutes.

Although the pace slowed a little, the home threat continued to come from the right flank and Reece James, as at Newcastle United last week, forged the breakthrough.

The right-back was not the scorer this time, but his second sublime centre – the first touched on by Charlie Taylor and turned away by Pope – landed on Havertz's head for the opener.

James and Hudson-Odoi were at it again after half-time, teeing up presentable opportunities for Thiago Silva and Havertz respectively. Silva could only make contact with his shoulder and was denied by the post.

Pope stood up long enough to block from Hudson-Odoi in the box, before Ross Barkley blazed over, setting up a nervy finish.

Jay Rodriguez headed wide with Burnley's first effort of note but showed composure to nod across goal for Vydra when he found himself in the same position again, with Chelsea unable to respond in the final 11 minutes. 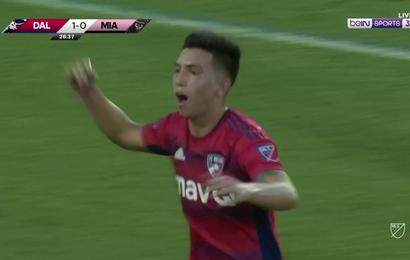