Sean Dyche's side had failed to win any of their first seven games in the joint worst start to a season in the club's history.

The Clarets were the only Premier League team yet to score a home goal this term until New Zealand striker Wood put them ahead in the first half against Palace.

That was enough to clinch a much-needed three points for Burnley, which climbed out of the relegation zone at the expense of Fulham.

Palace was missing Ivory Coast forward Wilfried Zaha after he tested positive for the coronavirus.

It was the first league game Zaha had missed since February 2019 and Roy Hodgson's side lacked a cutting edge without him as they slumped to a second defeat in three games.

Palace had a shot on target within 90 seconds when Nathaniel Clyne's long-range rocket was tipped over by Nick Pope.

Burnley had managed just three league goals this season and hadn't scored since October 3 when Ashley Westwood netted in a defeat at Newcastle.

But Wood ended that four-game goalless run in the eighth minute when he fired home from Jay Rodriguez's flick after a poor headed clearance from Cheikhou Kouyate.

Burnley was unbeaten in its previous 14 home league games when they scored the first goal.

Playing with more confidence thanks to Wood's opener, they threatened again through Dwight McNeil's 20-yard drive.

Palace went close to equalising when Jordan Ayew worked space to draw a good stop from Pope, who had to make another excellent save to keep out Andros Townsend's curling effort.

Burnley was inches away from doubling its lead after the interval when a flowing move ended with McNeil's pass to Johann Gudmundsson, whose rising strike from the edge of the area cannoned off the bar.

Michy Batshuayi should have equalised when he latched onto McNeil's wayward back-pass, but Pope was quickly off his line to block the Belgian's scuffed shot.

Pope was in superb form and he came to Burnley's rescue again in stoppage time when he somehow clawed away Christian Benteke's close-range shot. 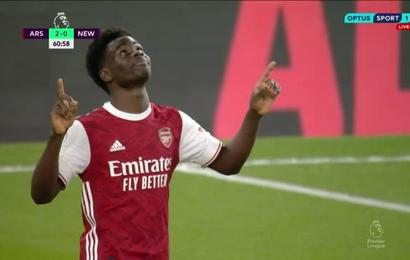 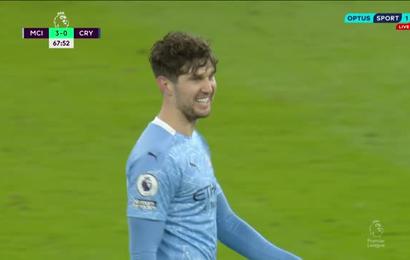