United has not won the league since 2012-2013 and the struggling English giant is languishing in 14th position and 15 points adrift of Liverpool ahead of Monday's (AEDT) showdown at Old Trafford.

Liverpool has not claimed a league crown since 1990, although the unbeaten Premier League leader is on track to end that drought this season.

While United has fallen on tough times, Solskjaer is confident it will not be three decades before the 20-time English champion is back at the summit.

"Manchester United will bounce back and win the league," Solskjaer said.

"We might have to wait a while but I'm sure it is not going to be 30 years before the next title."

Solskjaer's side lost 1-0 at lowly Newcastle United prior to the international break, coming after a draw with Arsenal and defeat against West Ham United.

"You never take a draw when you're at Manchester United, I want to go out there and get three points," the Norwegian said. "We need points and we need to start winning. It doesn't matter if it's Liverpool, Manchester City or Brighton and Hove Albion.

"We know we aren't creating enough chances, we need to be more adventurous. One of my big philosophies is to play attacking football by launching attacks quickly, but to do that you need confidence to move the ball forward."

Solskjaer, who was appointed permanently in March after an impressive opening interim spell replacing Jose Mourinho, added: "We had a good spell last season playing fast, fluid counterattacking football, but since then opponents have been setting up to try to stop us doing that. Either we haven't been given the chance or we haven’t been able to grasp it.

"Young, inexperienced players often want to play safe for fear of making a mistake. At this club we prefer them to take risks, because we know these players are good enough, but if you lack confidence you sometimes think twice instead of acting on instinct.

"Football nowadays is so quick in the moment of transition, teams spring back into shape so swiftly after losing the ball, that it only takes one or two square passes for the opportunity to disappear. I want to defend well in the sense of winning the ball in great positions to set up an attack. That's the next bit we need to get right."

Next Lallana rescues point for Liverpool at Manchester
Read 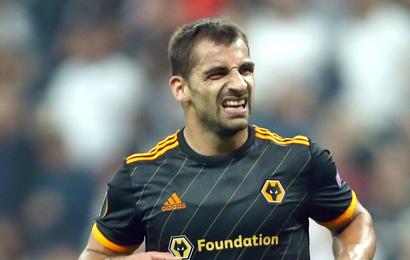