In the absence of the injured Harry Kane, it was Dele Alli and Son Heung-Min who scored Spurs' goals as they beat Norwich City 2-1 at home on Wednesday, although the Premier League's basement club created enough chances to have claimed at least a draw.

Mourinho suffered another blow to his squad when Harry Winks limped off with an injury and admitted he had no options on the bench to shake up his attack late in the game after Norwich drew level in the 70th minute through Teemu Pukki's penalty.

"It is a very important victory for us against a difficult opponent," Mourinho said. "We suffered in the second half and we only have ourselves to blame.

"We are in a situation when I have to think, think, think. I look to the bench and we don't have attacking players. I had to take off Erik Lamela because of fatigue but we showed an incredible reaction to score a second goal.

"When Chelsea want to win, they bring on Michy Batshuayi. When Manchester City want to change Gabriel Jesus, they bring in Sergio Aguero.

"We are so, so unlucky with injuries. We get back Hugo Lloris and we lose Harry Winks. It's incredible."

Spurs have been linked with moves for Juventus attacker Paulo Dybala and Paris Saint-Germain striker Edinson Cavani during the January transfer window, with Kane out until March at the earliest.

Gedson Fernandes, who joined the club on loan from Benfica, made his home debut as a second-half substitute, but Mourinho indicated he is in no rush to see new faces arrive at the club.

"Everyone at the club wants to give the best conditions to the team but we think every day and communicate every day," he said. "We have to be calm."

Next Solskjaer insists United will spend in January
Read 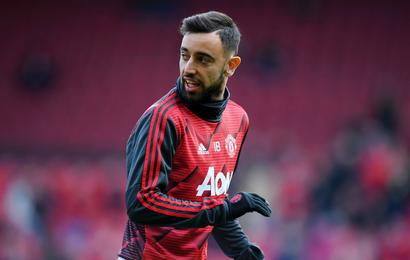