The Blues host United, which is reportedly edging closer to appointing Ralf Rangnick as interim boss, on Monday (AEDT) looking to end a run of seven top-flight matches without beating the Red Devils.

Tuchel's men sit three points clear at the top of the Premier League but they will without a few key figures when they face United, which is unbeaten in 11 Premier League visits to the capital.

Kante sustained a minor knee injury in the 4-0 UEFA Champions League win over Juventus, while Chelsea is waiting to see the extent of Chilwell's suspected anterior cruciate ligament damage, which forced the England international off in the same game on Wednesday (AEDT).

Asked for an update on his squad's injuries, Tuchel said: "Kova [Mateo Kovacic] is still out for the game on Sunday [Monday AEDT].

"N'Golo twisted his knee a little bit against Juventus and feels better but it seems he will be out for some days. We still have a little hope but it's almost a miracle if he makes it.

"Ben is out, he has a partial tear of his ACL, and the decision is to treat it conservatively. The next six weeks will tell the story if he makes it and be available or if he will need surgery.

"There is never a good moment for big injuries or injuries in general. This personally is a very bad moment because he was so involved and full of confidence.

"He was so important in our victories. We are very sad but he at the moment is very positive because his body has reacted positively to the first treatments and the injury."

Chelsea may have failed to score in its past four Premier League meetings with United, but the Blues are flying high with their impressive defence leading the way.

Tuchel's team has conceded just four times in the league so far, with only the 2004-2005 Blues' side (three) ever shipping fewer goals among all Premier League teams at this stage in an English top-flight campaign.

Despite such a rapid start, Tuchel is refusing to get carried away with so much of the title race to run.

"It's a marathon, it's not finished," he added. "We started this race as the hunters and before the race is finished we will be the hunters. If we can stay the whole race ahead of those competing for the win, this is what we work and dream for.

"This is what we are determined for, why we come every day at Cobham with all our energy.

"There is still a long way to go and the road does not shift. Man United and Liverpool showed us what is needed to be consistently at the highest level and we need to do it.

Next Saka and Martinelli fire Gunners past Magpies
Read 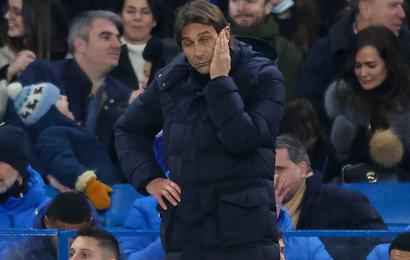