WATCH the MLS is Back Tournament LIVE on beIN SPORTS

Sporting took the lead through Khiry Shelton, who beat Minnesota goalkeeper Tyler Miller at his near post after a wonderful turn by Alan Pulido just before half-time.

Minnesota had a goal ruled out before Sporting goalkeeper Tim Melia was sent off after bringing down Aaron Schoenfeld.

Minnesota capitalised on its numerical advantage in the second minute of additional time, a set-piece coming off Shelton to make it 1-1.

Minnesota found a 97th-minute winner through Kevin Molino, who tucked away a finish from inside the area to snatch all three points.

Real Salt Lake scored once in each half in a 2-0 win over the Colorado Rapids.

Albert Rusnak opened the scoring approaching the half-hour mark and while he was denied by Clint Irwin from the penalty spot in the second half, Real Salt Lake sealed their win through Damir Kreilach's low strike from distance.

Earlier, the day's scheduled game between Toronto and DC United was postponed due to an unconfirmed positive COVID-19 test and an inconclusive one.

Higuain to retire at the end of MLS season

Higuain to retire at the end of MLS season 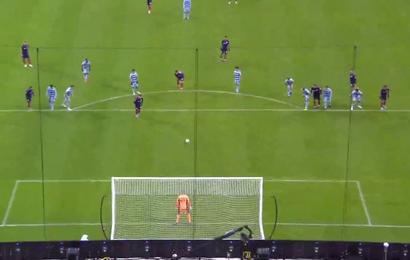