Balotelli is absent from the 18-man group named by coach Patrick Vieira for Saturday's (AEST) clash.

A statement on Nice's website announcing the squad said only that Balotelli was absent due to Vieira's decision.

Balotelli missed pre-season with Nice as his future with the club was unclear, Marseille among the teams linked with signing the striker.

Balotelli has made two Ligue 1 starts this season and was on the bench for Nice's last match, a 3-0 loss to Paris Saint-Germain.

The striker came off at the bench in that defeat but is yet to score this season, having hit 33 league goals across two previous campaigns with Nice. 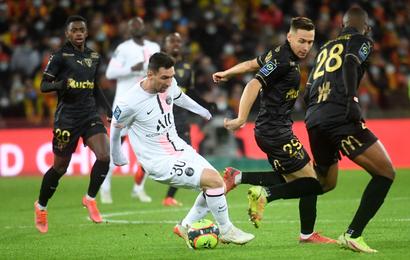