The world's most expensive footballer suffered an adductor injury against Caen in the Coupe de France on 11 February (AEDT).

A four-week lay-off was predicted, potentially allowing for a return against former club Barcelona in the UEFA Champions League on 11 March (AEDT).

However, PSG won the first leg 4-1 thanks to a Kylian Mbappe hat-trick, easing the pressure on Neymar ahead of his comeback.

The Brazil superstar has only appeared in 18 of PSG's 35 games in all competitions this season and its win rate has actually improved from 66.7 per cent with the forward to 70.6 per cent when he has been absent.

But Neymar has still been involved in 17 of the 33 goals PSG has scored with him on the pitch in 2020-2021. His 13 goals and four assists have him rank second only to Mbappe – 21 goals and nine assists for 30 involvements – among PSG players this term.

Pochettino will certainly relish having Neymar back in the fold and detailed his progress on Friday ahead of the weekend clash with Dijon.

"Ney follows the protocol that the medical staff have established for him," the coach said.

"He has started running again on the field and he has done individual physical exercises, not with the team.

"He is in a very good state of mind. He is happy. He is on schedule for his return and, until then, everything is under control."

PSG heads to Dijon third in the table and four points off the pace, unable to afford another setback having lost to Monaco last Monday (AEDT).

That was its sixth league defeat this term, its most across a single campaign since 2010-2011 (eight), the season prior to Qatar Sports Investments' lucrative takeover.

PSG will have to improve in the final third against Dijon, having mustered only a single shot on target at home to Monaco, but will have to cope without the talents of Marco Verratti.

The midfielder, who played 35 minutes as a substitute last week, in which time he played 38 passes in the Monaco half, sustained a knock in training.

"The team lacked freshness and therefore creativity against Monaco," Pochettino said, with Verratti having started from the bench after sparkling as he assisted Mbappe's first goal at Camp Nou.

"In Barcelona, ​​we had been good in this area. In Dijon, we will find solutions and the players on the pitch will be up to the task." 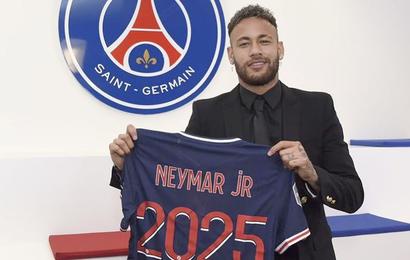