France international Mbappe lit up the Camp Nou with a devastating hat-trick to crush Barcelona in PSG’s 4-1 UEFA Champions League Round of 16 win on Wednesday (AEDT).

After his starring performance, the 22-year-old said: "It would be stupid to decide my future on a single match," sparking speculation about his long-term plans with his hometown club.

Mbappe’s contract expires in June 2022 and some of Europe’s biggest club are rumoured to be circling if the French champion cannot not lock down the FIFA World Cup winner to a new deal.

Last year’s losing UEFA Champions League finallist, PSG, is currently second in Ligue 1 and Argentinean coach Pochettino believes Mbappe can achieve it all at the club.

"PSG can give Mbappe all the tools he needs to be happy," Pochettino told radio program Tot Costa.

"I think it'll be clarified soon."

Mbappe has scored 21 goals in 29 games this season, taking his tally for the club to 116 goals in his four seasons in the French capital since making the move from Monaco in August 2017.

“We have no doubt that Kylian is one of the greatest players in the world despite his youth," Pochettino said after the thumping win against Barcelona.

"He has already done extraordinary things." 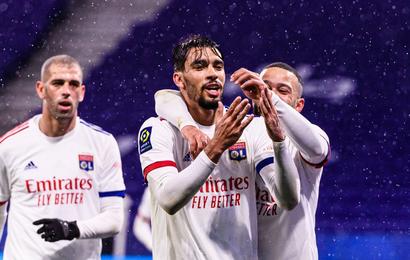