France superstar Mbappe was in sensational form in the 2020-2021 season, yet while PSG won the Coupe de France and Trophee des Champions, his efforts were not enough to help it successfully defend its Ligue 1 title, or propel it to UEFA Champions League glory.

In Europe's top five leagues, only Bayern Munich's Robert Lewandowksi (48) scored more goals in all competitions than Mbappe, who managed 42 in 47 appearances, averaging one every 88.62 minutes.

Like Erling Haaland, Europe's other free-scoring youngster, Mbappe achieved at a greater rate than his expected goals (xG) number, which averaged out at 34.14, while also providing 11 assists.

Now, Mbappe will be looking to drive France to glory at UEFA Euro 2020, with Les Bleus kicking off its campaign against Germany on Wednesday (AEST).

However, while his current focus is on contributing to Didier Deschamps' side, speculation continues over Mbappe's future at club level.

PSG has already tied Neymar down to a new contract, but despite reported discussions, is yet to agree a deal with Mbappe, who could leave the club on a free at the end of next season.

It seems Mbappe is considering his options, with the 22-year-old FIFA World Cup winner telling France Football: "I don't necessarily need to go fast. I have to make the right decision, which is difficult, and give myself every chance to make up my mind.

"I am in a place where I like myself, where I feel good. But is this the best place for me? I don't have the answer yet.

"I know that a project with or without me is not quite the same for the club."

Mbappe, however, insists he has been, and will continue to be, up front with PSG over his plans.

"PSG understand my feelings. Probably also because they know that I will not be sneaky," he added.

"Being a great player also proves itself outside the field where you have to know how to do things cleanly and with class."

Real Madrid has been heavily linked with Mbappe, with Carlo Ancelotti asked about the possibility of signing the player during his unveiling as Los Blancos' new head coach last week.

It remains to be seen as to whether Madrid would have the finances to pull off such a move this year, however, while Premier League champion Manchester City has also been rumoured to hold an interest. 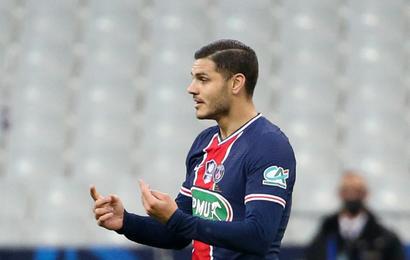 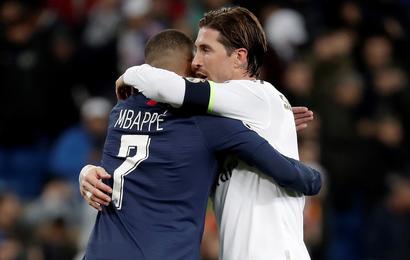