The Belgium forward managed 70 minutes on his first outing since November due to an ankle injury.

Madrid appeared to be headed for three points after Fedor Smolov's opener was cancelled out by Toni Kroos and Sergio Ramos.

But Santi Mina earned Celta a share of the spoils in the closing stages to leave Madrid just one point clear of Barcelona at the top of LaLiga.

Courtois returning Hazard 'worth a lot' to Madrid

For Hazard, it was a great feeling to be back playing even if the result was disappointing.

"I felt good," Hazard said in quotes reported by Marca. "The first 10 minutes I was tired, but as the minutes went by I felt fine. I'm happy with my performance, but not with the result.

"I hope we'll improve in the next few games. When a team is winning 2-1 you try to see out [the match], but it wasn't to be.

"There's still a lot of games left and we're going to fight it out until the end."

Madrid's goal return of 46 this season is 11 fewer than title rivals Barca, who Los Blancos meet in El Clasico on March 1.

Hazard does not believe Madrid have an issue in front of goal, though.

"I don't think [we're lacking goals]; we had chances and deserved to score more goals," he added.

"We're working well and we're going to win a lot of games together; it's going to be good for us." 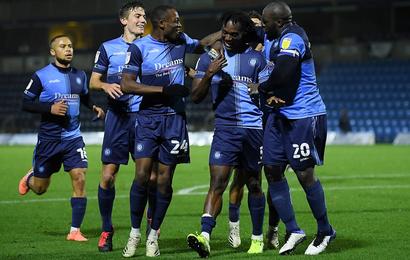