En-Nesyri hit Cadiz twice in four minutes towards the end of the first half before making it three shortly after the hour to send Sevilla above Barcelona, which plays Elche on Monday (AEDT).

The Moroccan striker's treble takes him level with Lionel Messi and Luis Suarez at the top of the league's scoring charts with 11 goals and makes it seven for him in the past four matches.

That spree included another hat-trick in his previous outing at Ramon Sanchez Pizjuan against Real Sociedad earlier this month.

Trailing Atletico Madrid by eight points, Sevilla may have too much ground to make up to challenge for the title this season, but Julen Lopetegui's side looks the favourite now to join Spain's traditional trio in the top four at the very least. 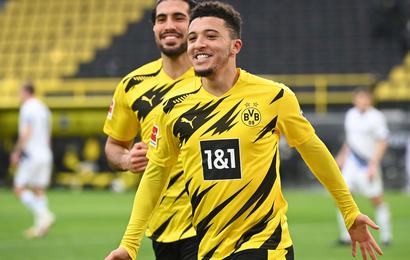