Barca great Xavi has managed Qatari side Al-Sadd since retiring in 2019, leading it to five domestic cups and a league title, but has regularly admitted that he wants the top job with the Catalan giant.

The 41-year-old was linked to the role in August 2020 before Ronald Koeman's appointment and the Dutchman has seen his position come under scrutiny after a mixed start to the new term.

While Koeman's position has seemingly improved ahead of Monday's (AEDT) crucial Clasico against Real Madrid, a fixture Barca has not won in four LaLiga meetings, Xavi reaffirmed his desire to return to his former club in future.

"My ideal is to coach Barcelona," Xavi told 20 Minutes. "I have never hidden it, it is my goal and my dream.

"I don't know if it will happen or not, if they will need me or not, but at the moment I am happy to be in Al-Sadd and very proud of it.

"Obviously, it is the beginning of my career. I am beginning. It is my third year at Al-Sadd as a coach and I am gaining experience.

"If any offer comes in, it will be evaluated and then we will try to decide, but at the moment I am very happy here."

Xavi appeared 715 times for Barca across all competitions, scoring 79 times and assisting 130 goals between 1998 and 2015, with only Lionel Messi playing more games (766).

Al-Sadd's head coach, who moved to the Qatari outfit in 2015 and later signed a contract extension as coach until May 2023, has been pleased with his work, both managerially and his former playing days.

"During my time at Barcelona and with the national team, I always tried to do my bit to help and improve other players, and this is something that I am now enjoying a lot in my new career as a coach," he continued.

"I already did it as a captain, but now as a coach, and I am happy to see the evolution of the local players and to know that I am doing my bit." 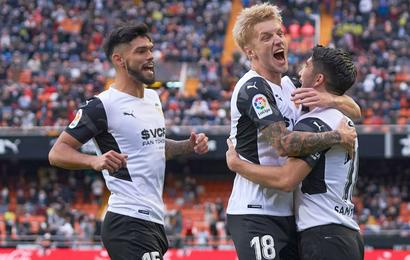