Athletic Bilbao striker Williams said he was racially abused by Espanyol supporters during their top-flight match on Sunday (AEDT).

The forward passed on a complaint to Athletic captain Iker Muniain, who in turn spoke with referee Jose Maria Sanchez Martinez, while Williams appeared to clash with fans as he was substituted.

Elsewhere, supporters of Barca and Valencia were involved in violent confrontations ahead of a match the home side won 2-0, handing Blaugrana head coach Quique Setien his first defeat.

Tebas vowed LaLiga would investigate both incidents, posting on Twitter: "Today we have taken a step back in the work started years ago.

"The violent incidents of Barcelona and Valencia, the racist insults to Inaki Williams, they do a lot of damage to all of Spanish football.

"LaLiga takes responsibility. We will look with the clubs where the error is."

Williams posted a message on his official Twitter account, writing: "It is very sad that today we continue to see racism in football. We have to end it among EVERYONE. Thanks for your support." 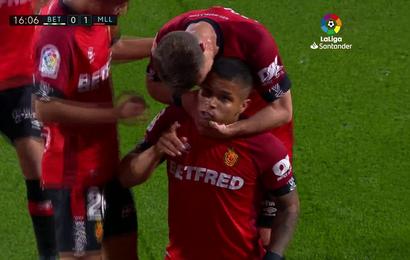