Barca beat Juventus 2-0 in the UEFA Champions League on Wednesday (AEDT) after a run of one win in four games, which included a 3-1 home defeat against Real Madrid in the first Clasico of the season.

Per game in LaLiga this term, the Blaugrana are averaging fewer shots (11), attempts on target (5), chances created (8) and passes (620) than any of the previous eight campaigns.

Standard Liege winger Mehdi Carcela-Gonzalez felt there was a comparison to be drawn between Barca's possession-based, attacking approach and Benfica, after the Portuguese giant beat the Belgian side 3-0 in the UEFA Europa League on Friday (AEDT).

Jesus's men had 67 per cent of possession, 16 attempts on goal, though only five were on target, and attempted 683 passes – over twice as many as Standard – in a resounding win over the Belgian team.

It was not a comparison Jesus felt he could take pride in, however, given the situation at Camp Nou under Koeman.

"I will not say we are like Barcelona are now, nor do I want us to look like what they are now," Jesus said.

"The one from a few years ago, yes … the current team has nothing.

"I don't want us to look like the one from now, I don't care about the other one, though."

Next Zidane happy to have Hazard back
Read 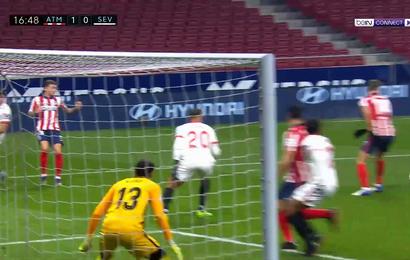 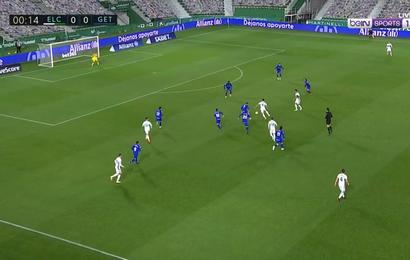