Barca travelled to Madrid having won only one of its previous five LaLiga matches, a run of results that already had it playing catch-up in the competition.

Defeat – its third in a little more than a month – means it could end the weekend in the bottom half of the table, with the Blaugrana seemingly struggling to recover from a tumultuous pre-season off the pitch.

The solitary goal conceded against Atletico came at the end of the first half when Gerard Pique , who was later substituted with a nasty-looking knee injury, failed to cut out Angel Correa's pass, and Yannick Carrasco skipped past the stranded Marc-Andre ter Stegen before slotting into an empty net from 35 yards.

"We controlled and we knew that it was difficult to create many chances. We had a pair and with the score 0-0, the game would have been totally different [if they had taken either chance].

"Like any coach, I am responsible for the team's results."

Although the campaign is still in its early stages, Atletico's win sees it go nine points clear of Barca.

Koeman recognised it as a significant gap to bridge and is demanding a streak of wins from his men in response.

"It's a pretty big difference, but there is a lot of the league left and a lot of games," he continued.

"We know that every match is complicated, but after this defeat we have to chain an important winning streak.

"I have seen a team that has fought until the last second to been able to level the game, so in this sense I am not worried."

Barca confirmed after the match that Pique had sustained a knee sprain" though further tests are required to determine the full extent of the injury.

🚑 More problems for @FCBarcelona – an horrific injury for @3gerardpique 😱 The depleted defence has another hole put through it!! @Atleti 1-0 @FCBarcelona

INJURY NEWS@3gerardpique has a right knee sprain. @SergiRoberto10 has a right quadriceps injury.

They will both undergo further testing to determine the exact extent of their injuries. pic.twitter.com/IELcU9YvgA

Next Simeone remains calm after first win over Barca
Read 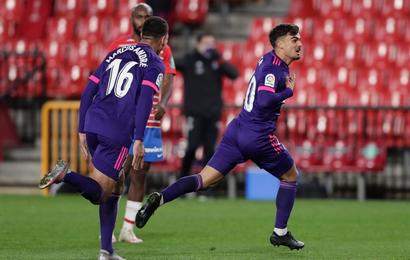 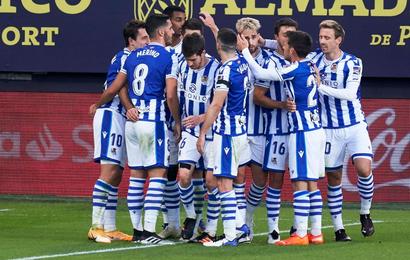