The France international was sent off in the 4-0 victory against Sevilla on 7 October (AEDT) after a confrontation with referee Antonio Miguel Mateu Lahoz, forcing him to miss the league wins against Eibar and Real Valladolid.

He was free to be involved in this weekend's trip to Estadi Ciutat de Valencia, but coach Ernesto Valverde has left him out of his 19-man squad.

It is the latest in a long line of setbacks for Dembele, who missed a month of action earlier in the campaign with a hamstring problem.

Samuel Umtiti is also not part of Barcelona's travelling group, having only returned to full training on Friday.

However, Valverde has recalled Arthur and Junior Firpo after the 5-1 win over Real Valladolid on Wednesday (AEDT).

Next Barcelona beaten after second half surrender
Read 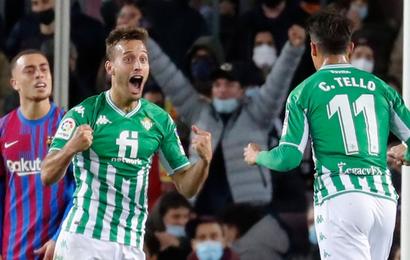