Hazard joined Madrid from Premier League side Chelsea on a five-year deal for a fee that could reportedly rise to €140 million ($227 million).

The Belgium international attacker won two Premier League titles and as many UEFA Europa League crowns during his time at Chelsea, where he played alongside Courtois before the goalkeeper left for Madrid in 2018/2019.

Courtois, whose first season in Madrid resulted in a third-place finish in LaLiga, is expecting big things from Hazard in the Spanish top flight.

"If he speaks a little Spanish, it will be even better," Courtois said after Belgium's 3-0 UEFA Euro 2020 qualifying win over Kazakhstan, a game in which Hazard starred..

"It's very nice that we're going to be together. He's my friend, I get along very well with him and his family.

"For Madrid it's going to be fantastic. I think [Hazard] is going to make the difference and I hope we can win many titles next season."

"I'm happy for him, it's a good step forward," Mertens, who scored against Kazakhstan, said.

"He's already one of the best players in the world, and now he has to take advantage of his opportunities to become the best of all."

Hazard, who led Chelsea to UEFA Europa League glory this season, is the fourth new arrival at Zinedine Zidane's Madrid ahead of the 2019/2020 campaign. 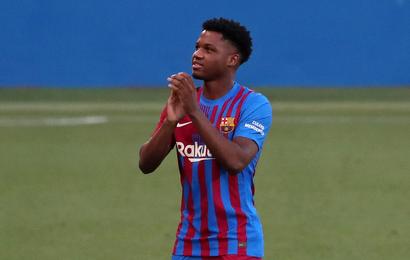