The 19 year-old Spain international has had a dismal run of luck with injuries and appeared to be in tears as he was substituted in the Copa del Rey defeat to Athletic Club..

Fati had come off the bench just after the hour mark but had to be replaced early in extra time, with Barcelona stating after the game he had sustained "a femoral biceps injury in his left thigh".

The wording of that diagnosis was adjusted and it remains to be seen whether Fati plays again this season.

"Tests carried out on the first-team player Ansu Fati on Friday confirmed that he has a proximal tendon injury in the hamstring of his left leg. In the coming days the treatment to be carried out will be decided," a Barcelona statement read.

On Instagram, the club added: "You’ll be back stronger, warrior."

The teenager has featured in just 10 games across all competitions this season, and he had only recently returned from a two-month hamstring injury lay-off.

Fati previously spent 10 months on the sidelines due to a serious knee injury, resuming his Barcelona career in September this season.

Despite his limited action, Fati is Barcelona's second-highest scorer in 2021-2022 with five goals. They have come in just 456 minutes of on-pitch action, with Fati out-performing his expected goals (xG) score of 1.92. 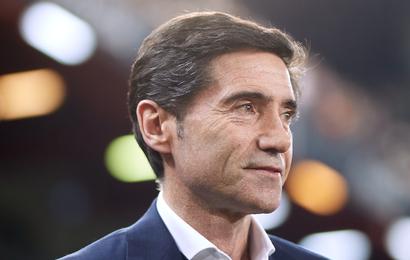