Rodrigo has emerged as a target for Barca, in the market for attacking reinforcements after Luis Suarez's season-ending injury.

Spain international Rodrigo, who netted 15 times across all competitions last season, has scored four goals for Valencia so far in 2019-2020.

Asked about the mounting speculation, Bartomeu said: "We don't talk about players from other teams. But [Rodrigo's] name is on the table of the coaches.

"And a replacement will arrive. I do not know whether it will be from Barcelona B or from outside [the club].

In 2017, Messi signed a new contract with Barca until 2021 and the Spanish giant wants to extend the 32 year-old's deal.

"He will be done with Barcelona when he wants. His relationship with Barcelona is forever," Bartomeu said. "He has plenty more football to play here. Leo Messi will be around for a while." 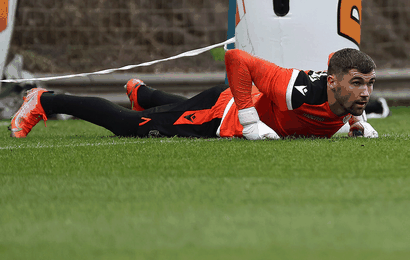