The 21-year-old forward came off injured before half-time during Portugal's 3-1 win against Luxembourg in FIFA World Cup qualifying last Wednesday (AEDT), returning to Atletico with the problem.

According to reports, Joao Felix trained separately from the Atletico squad on Sunday (AEDT), with head coach Simeone essentially powerless to influence the situation.

"For Joao, we are still waiting for him," Simeone said.

"The doctor is looking for a way to see if he is in a position to help us and we will wait until tonight to decide whether or not he travels to Seville."

Atletico's lead at the top of LaLiga has shrunk to three points after Real Madrid easily dealt with Eibar to win 2-0 on Sunday (AEDT).

Barcelona is just four points off the lead with 10 rounds of games remaining, and Simeone will want as close to a full-strength squad as possible for the rest of the season.

Sevilla, which sits fourth, is a team capable of dealing another blow to Atleti's hopes of moving closer to the title.

Joao Felix has scored seven goals and had four assists in LaLiga this season, with Luis Suarez's 19 top-flight goals doing the most damage in attack for Simeone's men.

"It is always very good for a footballer to be with his national team, representing his country, and defending the shirt where he was born, and I always believe that that is very positive for the preparation of a footballer.

"As for Sevilla, they are a team that play very well, who have [Julen] Lopetegui, a coach who makes them play in a very dynamic way, always looking for options of numerical superiority, where they can find it.

"There is a lot of variety in their squad, it must be one of the most balanced and balanced squads of all."

Sevilla will be without Sergio Escudero after the left-back tested positive for COVID-19. 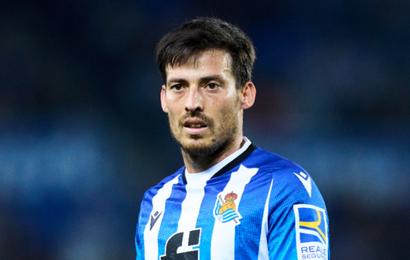 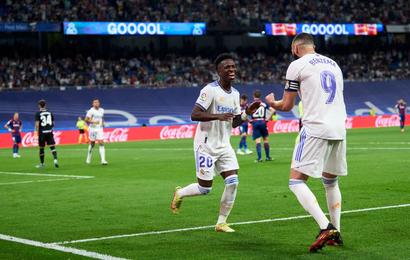