Pogba, who last featured for Les Bleus in a Euro 2020 qualifier against Andorra 16 months ago, was due to be included in France's squad for games against Sweden and Croatia in September, but tested positive for coronavirus.

Rennes teenager Camavinga was a surprise replacement, and went on to make his debut in a 4-2 win over Croatia on 9 September (AEST).

The 17-year-old has once again been selected by Deschamps, who was able to welcome back Manchester United star Pogba.

"He knows the place he has in the group," Deschamps said of Pogba in a news conference on Thursday.

"He had a very complicated last season. I prefer to have him there, available."

"He has the ability to do things very well. Especially in the use of the ball," Deschamps said. "He is not at all rushed on the ball. He has everything going for him."

France face Ukraine in a friendly on October 7, before a Nations League double-header against defending champions Portugal and World Cup 2018 runners up Croatia.

Deschamps, however, insists he has no complaints over a pile up of fixtures after a 10-month absence from international football due to the COVID-19 pandemic.

"I'm not going to say that there are too many games. We went 10 months without a game," Deschamps added. "There will be rotation. All the players will have a longer playing time."

Also included in the squad is Lyon playmaker Houssem Aouar, who also tested positive for coronavirus prior to the September fixtures.

Aouar has been strongly linked with Arsenal, with Deschamps acknowledging the youngster may not join up with the squad on Monday – or could leave the camp – if a deadline day move is being pushed through. 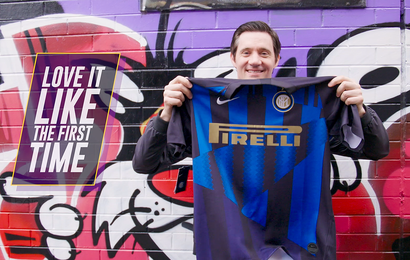