It could have been an entirely different story but Hassan Al Heidos missed a 61st-minute penalty for the Asian champion.

US head coach Gregg Berhalter brought on Zardes along with Nicolas Gioacchini in the second half to devastating effect, with the pair combining for the winner.

Gioacchini burst into the box and beat a man, before a side-foot pass which found Zardes to hammer home from close range.

US will play either Mexico or Canada in Sunday's final, as they chase their seventh Gold Cup title.

Qatar's Hashim Ali lashed a seventh-minute chance wide, before the US were denied by goalkeeper Meshaal Barsham's double save from Schalke talent Matthew Hoppe's effort and Paul Arriola's rebound.

Barsham was alert again in the 52nd minute, getting out quickly to deny Daryl Dike's low shot.

Qatar won a penalty on the hour mark after a VAR review on James Sands' tackle but Al Heidos skied his effort over the bar.

Berhalter brought on Zardes for Dike in the 63rd minute, along with Gioacchini for Hoppe in the 81st minute, reinvigorating the US attack and the pair made the decisive contribution late. 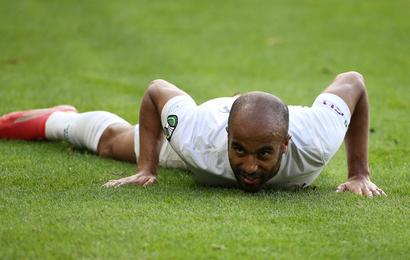